As the market continues to tumble, with the ASX and Wall Street facing some of their worst days since the early 2020 dip, discussions of bear markets and a potential recession are leading to a mass share sell-off. Despite over 400 000 new retail investors entering the market since March 2020, discussions are being had on the rise of ethical consumption, and how this affects investor behaviour. An important note to consider here is that I am neither an expert in the share market nor a financial advisor. As such, this post is meant to illuminate how the finance industry and broader economic context are creating investment opportunities for ethical and vegan investing.

The rise in retail investors

If Australia reported a rise in new retail investors, so did the United States which saw over 15% of its trades placed by first-time investors in 2020. Discussing this new investor segment, Accenture’s Wealth Management Lead Managing Director Scott Reddel recommended using “approaches and channels that align with their behaviors and preferences”.

Supported by the development of new technology and advances in accessible trading platforms like Sharesies and Robinhood as well as increasingly digestible market information, Reddel suggests that portfolio managers and businesses should attempt to align with the causes that consumers care about, citing a recent survey finding that “84% of [North American] investors indicated they plan on purchasing ESG products in the next year”.

A logical development as major climate-change-led events are being experienced on a regular basis in all parts of the globe, portfolio managers are also modifying their investment behaviours. The findings of a 2022 report by asset management company Robeco, which surveyed 300 of the world’s largest institutional and wholesale investors, show that climate change plays a significant role in investment decisions, with 24% of respondents positioning climate change at the centre of their investment policy and 51% situating it is a ‘significant’ factor. But how does this relate to veganism?

In an article published last year by The Guardian, Claire Smith, the chief executive of vegan investment platform Beyond Investing, considers that individuals who consider their consumption choices through an ethical decision-making process are “likely to be concerned about where their money is going”. With the impact of animal agriculture on the environment well documented, and I recommend readers to engage with information on this, linking veganism and ethical investing is coherent with current consumer movements. If one was to define vegan investing, it would be representative of investments in companies that have no link to animal agriculture industries.

However, the line gets blurry when other industries, such as mining, can still be involved in environmental destruction and habitat clearing, despite important mining being undertaken for alternative energy sources. Some companies are therefore making environmentally relevant claims while supporting industries that are themselves destructive.

To educate consumers, mainstream platforms are running content specific to what they call ‘ethical’ investing. In Australia, this includes The Australian’s Money café and NABTrade’s Your Wealth (amongst others) which have both offered special episodes targeted toward ethical investing. However, definitions of ethics continue to be situated on a cultural spectrum, and as such vegan investors need to sieve through this advice and read the policies of ASX or internationally listed companies when choosing their investments, a marketing tool that is being used in the development of both banking and superannuation funds.

Superannuation funds are responding to the growth in demand in ethical investing. Closely tied to the use of animals as resources as well as environmental causes, Australian Ethical Super states that members can be confident in their policies that steer clear of “investments that unnecessarily pollute, destroy, harm or exploit, like fossil fuels, weapons and animal cruelty”. This growing awareness of the topic has seen other superfunds offering their members the option to elect into environmental or ‘green’ portfolios. However, members remain at the mercy of the fund’s managers and their decision-making guidelines that lead to portfolio inclusion.

A relevant example is Bank Australia which has made one of its pillars its refusal to “lend to organisations that use intensive animal farming systems like battery caged hens and sow stalls, or organisations that export live animals”, a statement it has also used in its print and video advertising.

It will be interesting to see how the current financial and climate instability will impact consumer decisions and investments in the future.

On a personal note

I was recently interviewed by Simone Fox Koob from Australian newspaper The Age on the start of my investing journey in locked-down Melbourne. I encourage you to read the article which touches more specifically on the growth of young women in retail investing.

There’s a lot more where that came from! If you want to work with me, feel free to get in touch here. 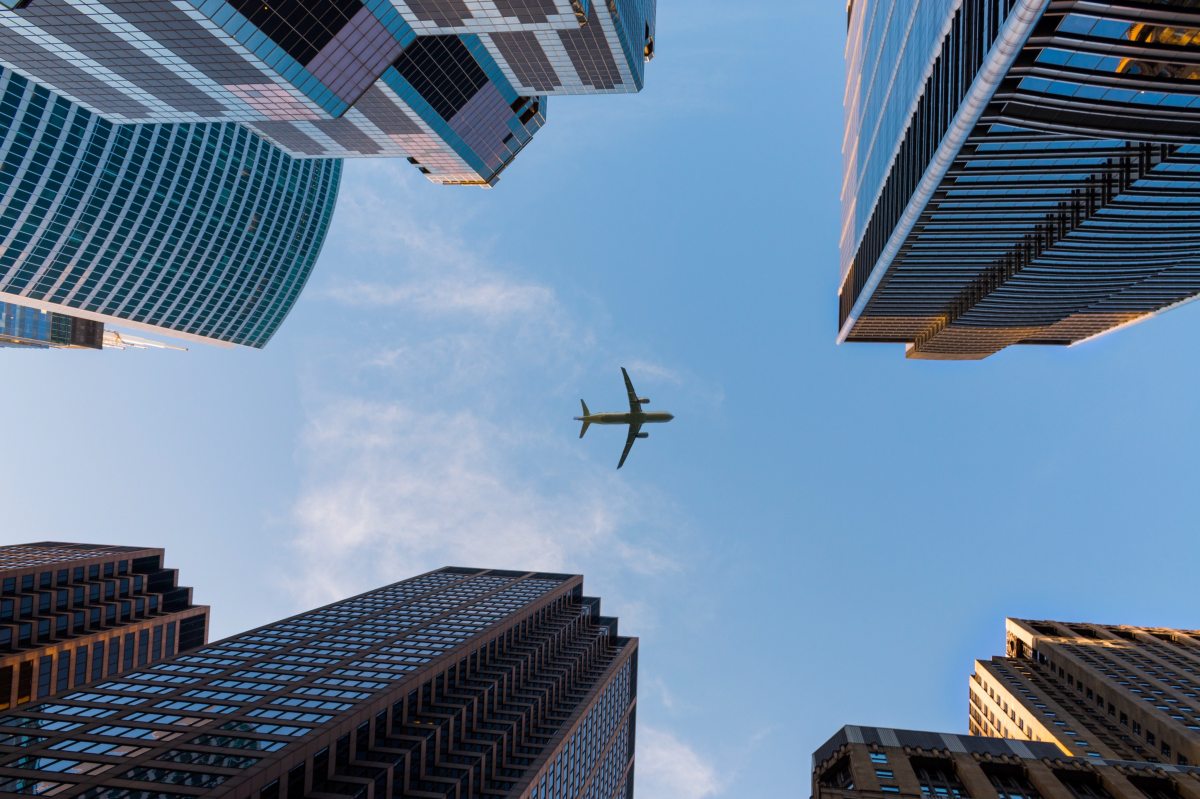 While the travel industry faces ongoing disruptions due to rising fuel costs and lack of staff following pandemic cuts, a surge in traveler confidence as many countries abandon pre-flight testing is leading to a perfect storm of supply and demand spawning higher prices. As a service business that often includes the provision of food, aviation is also needing to meet the increasing demand for plant-based products from its travelers.

Earlier this year, the New York Times published an article on the phenomenon of vegan travel, citing growth in “plant-centric hotels, restaurants, festivals and tours as veganism becomes increasingly associated with sustainable travel”. From the consumer side, online groups dedicated to sharing the vegan offerings of airlines and hotels have tens of thousands of members where travel knowledge is crowdsourced and the options, when provided, rated. Airlines that do not offer such options are shamed, a warning to others about individual experiences.

In January 2022, Emirates released a statement on their vegan meals being one of the most requested special meals onboard its flights, and noted an increase of 10% in vegan meals requests which it attributed to Veganuary, an international yearly movement that encourages individuals to adopt a plant-based diet during the month of January. The airline also offers a dedicated plant-based menu in its lounges in Dubai.

Another example is the recently announced partnership between United Airlines and Impossible foods, with the airline launching an exclusive Meatball Bowl available to first-class customers on the entirety of their domestic flights, while select Polaris lounges at Chicago O’Hare, Los Angeles, Newark, and San Francisco offer Impossible Sausages as part of their breakfast menu. The in-flight menu has been discussed by United Managing Director of Hospitality and Planning Aaron McMillan as a “really important part of the customer experience”, with travelers able to pre-order the Impossible Meatball Bowl before their flight.

Citing a September 2021 Nielsen report finding that more than half of U.S. consumers are increasing their plant-based food consumption while plant-based meats continue to gain market shares, United stated wanting their “food offerings to evolve and change along with people’s preferences”.

Another example of vegan-inclusive collaboration within the travel space includes a partnership between Canadian brands WestJet and Matt & Nat where the latter is the provider of an exclusively designed range of amenity kits offered to business cabin passengers on transatlantic flights. As the first vegan-labeled accessories brand, Matt & Nat is renowned for pioneering the use of recycled plastic bottles within the lining of its products.

On a personal note

While in pre-covid Australia, Jetstar, the budget arm of national airline Qantas, had introduced vegan options to its a-la-carte in-flight menu, I can say from personal experience that it was much harder to source a vegan item aboard a recent international flight despite having purchased a ticket that included a meal. However, the in-flight staff was extremely helpful with the provision of instant noodles and boiling water. As the price of travel rises, I personally wonder if the in-flight plant-based food offering is more of a bonus add-on than an actual selling point as inflation would push travelers to seek the more affordable flights, but I am definitely excited to see more airlines offering inclusive meals for their guests.

There’s a lot more where that came from! If you want to work with me, feel free to get in touch here.